The further adoption of both AI and automation technologies has been on the rise over several years, with more organizations looking to use automated systems as a way to improve efficiency, reduce costs and increase accuracy. This also means that we should take time to look at recent advances in automation such as stable diffusion and Dall-E that offer the potential for greater functionality. In this blog post, we will delve into these two different techniques, exploring what kind of automation they can provide us with - from data collection to delivery of actionable insights.

The Open-AI developed DALL-E big language model uses a neural network trained on a collection of text-image pairs to produce images from textual descriptions. To create an image that accurately represents the text, it first encodes the input text as a vector. DALL-E might produce a picture of a house that looks like this if you give it text like "a two-story pink house with a white fence and a red door."
Since DALL-E was trained on a dataset of text-image pairs, it has seen a substantial amount of samples of both text descriptions and the images they depict. As a result, it can produce visuals that are very accurate representations of the input text.
DALL-E has proven to be able to produce a wide range of visuals, including creatures, structures, and even fictitious characters. It serves as an illustration of the power and potential for innovation and creativity that massive language models have to offer. 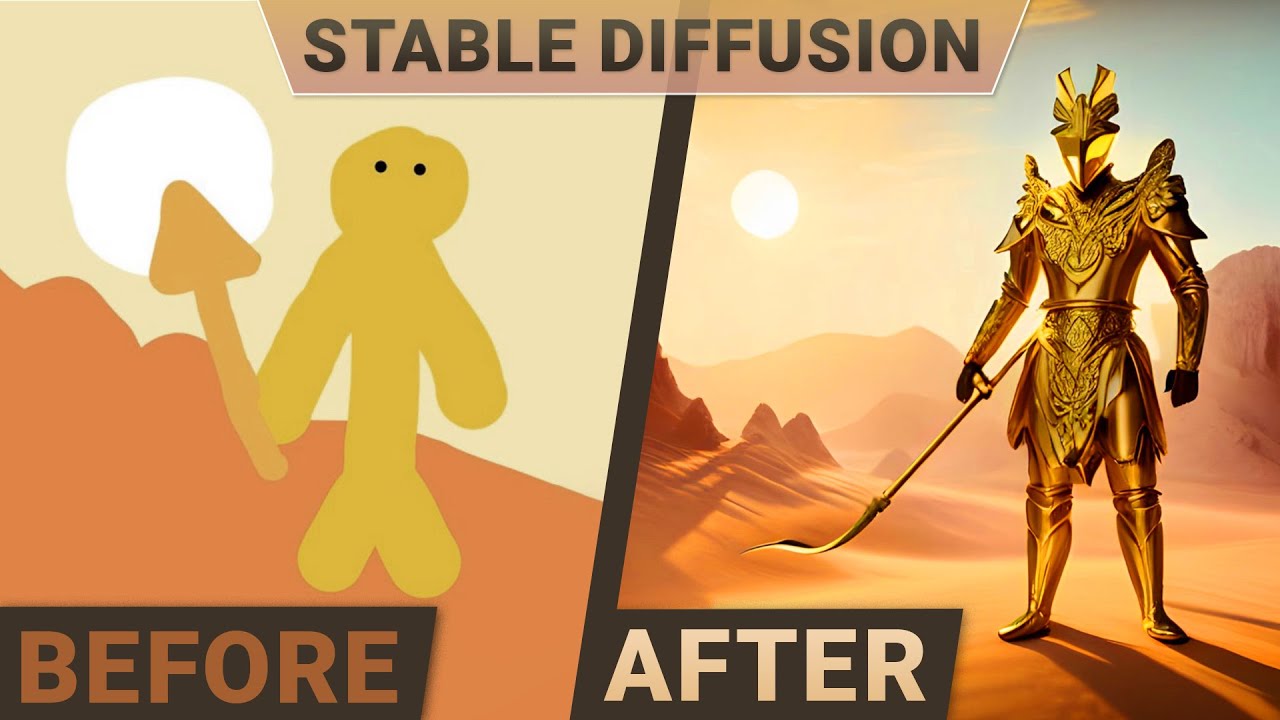 In 2022, the text-to-image model Stable Diffusion, which uses deep learning, was launched. Although it can be used for various tasks including inpainting, outpainting, and creating image-to-image translations directed by text prompts, its primary usage is to generate detailed visuals conditioned on text descriptions.

The CompVis group at LMU Munich created Stable Diffusion, a latent diffusion model that is a type of advanced generative neural network. With assistance from EleutherAI and LAION, Stability AI, CompVis LMU, and Runway collaborated to release the model. In an investment round headed by Lightspeed Venture Partners and Coatue Management in October 2022, Stability AI raised US$101 million.

The code and simulation weights for Stable Diffusion have been made available to the public[8], and it is compatible with the majority of consumer hardware that has a modest GPU and at least 8 GB VRAM. This was a change from earlier proprietary text-to-image models that were only accessible through cloud services, like DALL-E and Mid journey.

How is diffusion carried out in these technologies?

To create high-quality photographs from a latent variable, generative models called diffusion models are used. What, GANs already do that? In that they pretend to build an image from randomness, GANs and diffusion models (as well as VAEs and flow-based models, while we're at it) are comparable but distinct from each other in all other respects.

Since a few years ago, the GAN technique has been the norm for producing images, particularly when producing images with a narrow distribution, like human faces or dog breeds. While we have previously written on GANs, in a nutshell, its training entails spawning two models, the generator and the discriminator, and allowing the generator to attempt to produce image samples that deceive the discriminator into believing they come from the real data range trained with. GANs are renowned for being particularly difficult to train, with generators that just plainly don't learn or fall into mode breakdown being extremely typical. Even though the paradigm of having multiple models train each other is pretty humorous.

Generative The latest advancement in AI technology is the Pre-trained Transformer 3 (GPT-3). The misnamed OpenAI, a Bay Area tech company that started as a non-profit before going for-profit and licencing GPT-3 to Microsoft, was responsible for creating the proprietary computer code. Diffusion modelling was used by OpenAI to modify a version of GPT-3, which was created to synthesise words, to create DALL-E.

Diffusion models carry out two separate tasks in succession. They try to reconstruct photographs after they have destroyed them. Programmers provide the model with real visuals that have human-assigned interpretations, such as a dog, an oil painting, a banana, the sky, a 1960s sofa, etc. They are diffused, or moved, by the model through a lengthy series of coordinated actions. Each stage in the ruining process adds random noise in the form of random, meaningless pixels to the image that was given to it by the step before, then passes it on to the one after. When this is done repeatedly, the original image gradually turns into static and loses its meaning.

In essence, arithmetic is the process of dividing complex operations into discrete, smaller, and simple steps so that computers can process them almost as efficiently. Although the code's workings are clear, the system of altered variables that its neural networks pick up during training is utter nonsense. The difference between a parameter set that delivers good photographs and one that does not, or that produces nearly perfect images but with a fatal fault, is indistinguishable. Therefore, we are unable to forecast how effectively or even why an AI of this kind functions. We are limited to evaluating how well its results look.

What kind of automation we can expect from stable diffusion and Dall-E?

The spread of infectious diseases or the behavior of financial markets can all be precisely predicted using the machine learning technique known as stable diffusion. Stable diffusion uses large-scale data analysis to find trends and patterns that can be utilized to anticipate future events more precisely. This technology has a broad range of possible applications, including enhancing company performance, enhancing public health outcomes, and facilitating more sensible decision-making in numerous industries.

Dall-E is a language model that uses descriptions in natural language to produce original graphics, text, and other media. Dall-E can be used to create a variety of content, including pictures of things or scenes that don't exist. Dall-E, for instance, would produce a special image that matched the request "A robot riding a unicorn through a rainbow-colored forest." if you gave it that instruction. Dall-E has the possibility of being used in a multitude of imaginative and useful ways, such as producing unique artwork or assisting in the creation of innovative goods.

Both stable diffusion and Dall-E are examples of advanced automation technologies that have the potential to transform a wide range of industries and fields. However, they are both still in the early stages of development and it is difficult to predict exactly what kinds of automation will be possible with these technologies in the future.

The future of Generative AI 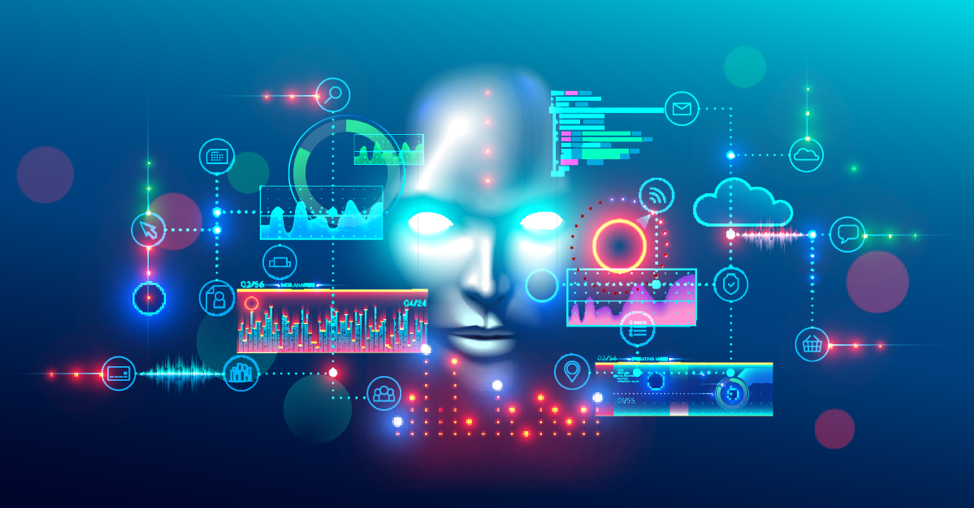 A type of artificial intelligence called generative AI creates new data that is similar to an existing set of data. Many methods, including deep learning neural networks, machine learning algorithms, and other strategies, can be used to accomplish this.

Enhancing the quality and authenticity of the data generated is one of the key areas of attention in the advancement of generative AI. We'll probably see more and more stunning examples of what these systems are capable of as their capabilities advance.

Having generative AI more effective and accessible is another area of emphasis. This might entail creating tools and interfaces that are easier for users to use, as well as making efforts to utilize less computational power to train and operate these systems.

Overall, the future of generative AI is likely to be very exciting, as it has the potential to transform many different industries and applications.

Looking at stable diffusion and Dall-E, it is clear that there have been some incredible advancements in automation technology in recent years. These systems offer the potential for significant improvements in efficiency and accuracy across a range of industries - from data collection to predictive maintenance. As we see the continued adoption of AI and automation technologies, we must take the time to explore these advances and understand the potential implications for our businesses.

Are you looking to adopt an automated system in your business? Contact us today and our team of experts will be happy to advise on the best solution for your needs.