Have you ever considered transforming your zebra to horse or horse to zebra images? Have you ever considered foreseeing the following video frame? Imagine being able to create an image from a sentence. Would you like to create emojis using images? Do you want to make an image from various perspectives or poses? What if you could transform a daytime scene into a nighttime one?

In a generative adversarial network (GAN), two neural networks compete with one another to make predictions that are as accurate as possible. GANs typically operate unsupervised and learn through cooperative zero-sum games.

All about deep learning models that you should know: Read here

There are many different forms of GAN implementation, and GAN research is now quite active. Following is a list of some of the significant ones that are now in use:

Vanilla GAN: The most basic GAN type is called a vanilla GAN. The Generator and Discriminator in this scenario are straightforward multi-layer perceptrons. Simple stochastic gradient descent is used in vanilla GAN's approach to try and optimize the mathematical problem.

Conditional GAN (CGAN): CGAN is a deep learning technique that employs a number of conditional parameters. In CGAN, the Generator is given an extra parameter, "y," to produce the necessary data. Labels are also included in the Discriminator's input so that it can help distinguish between authentic data and artificially generated data. 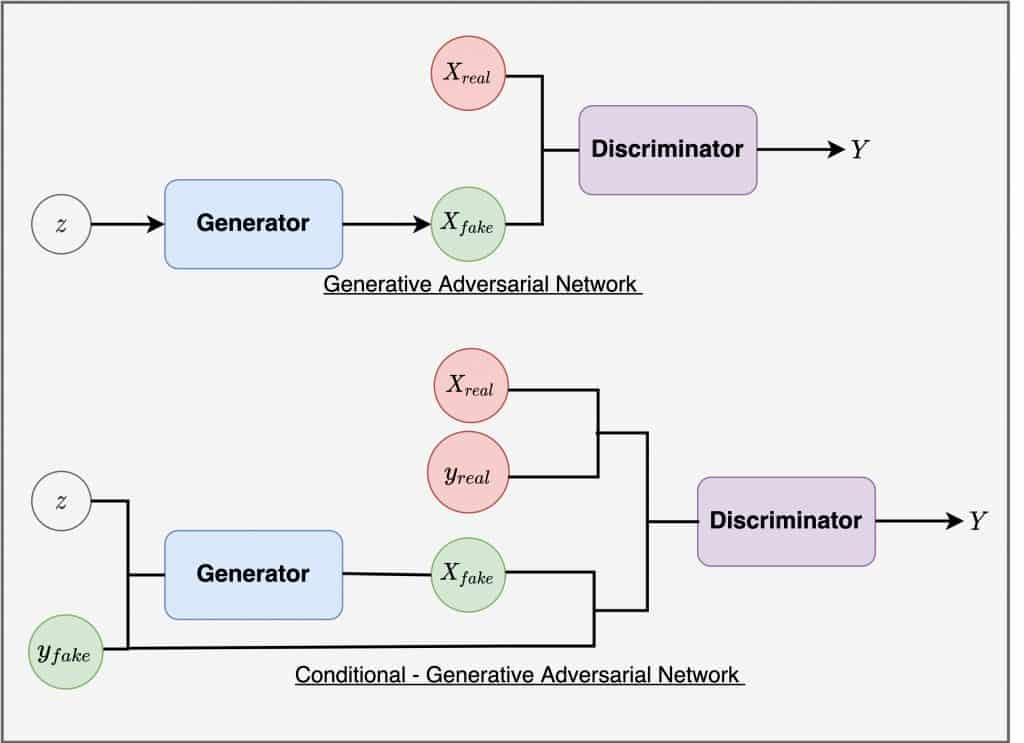 Deep Convolutional GAN (DCGAN): DCGAN is among the most well-liked and effective GAN implementations. ConvNets are used instead of multi-layer perceptrons in its construction. Convolutional stride actually replaces max pooling in the ConvNets implementation. The layers are also not entirely connected.

Super Resolution GAN (SRGAN): As the name implies, SRGAN is a method for creating a GAN that uses both a deep neural network and an adversarial network to generate higher resolution images. This particular sort of GAN is very helpful in enhancing details in native low-resolution photos while minimizing mistakes. 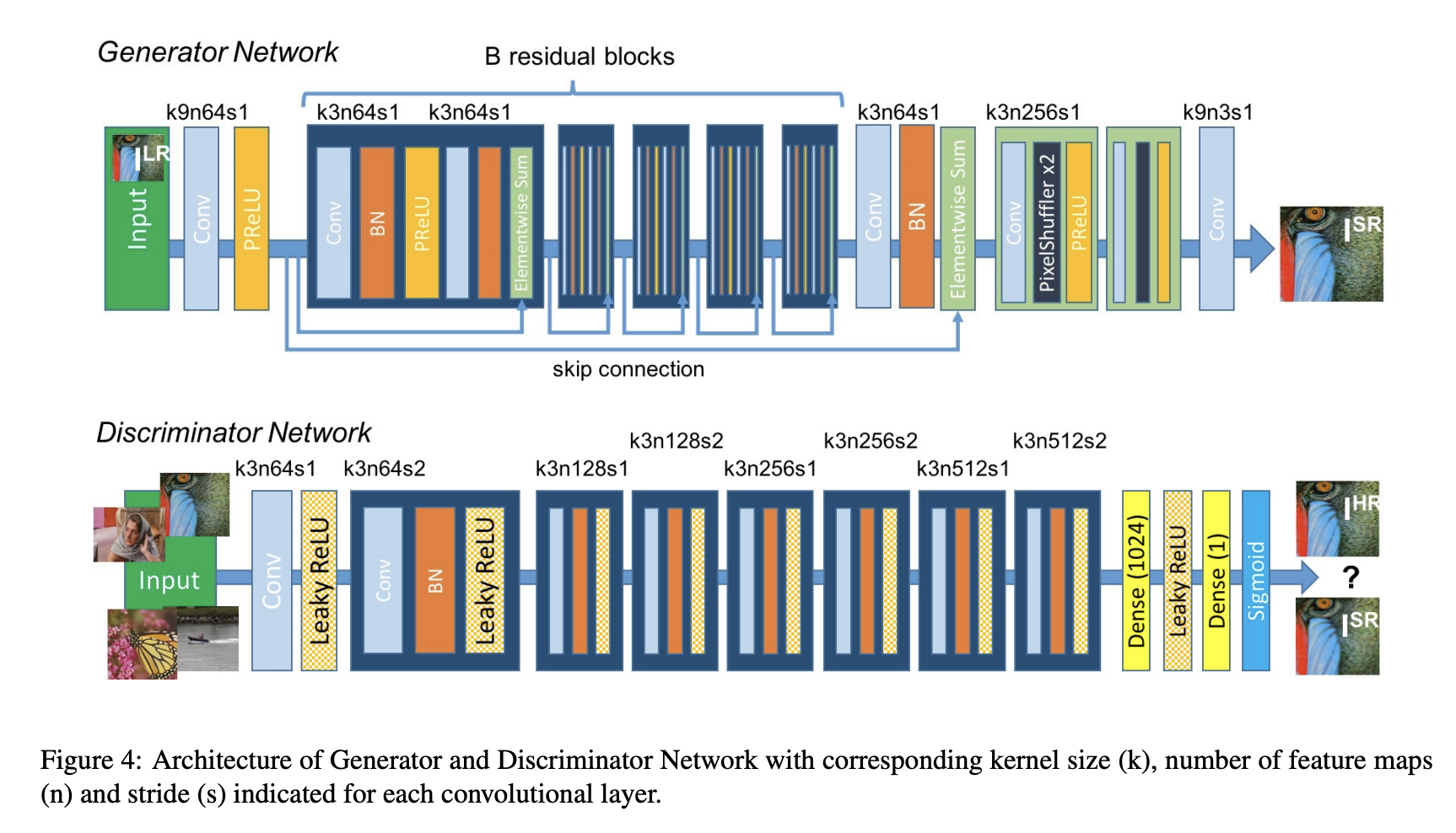 Laplacian Pyramid GAN (LAPGAN): A set of band-pass pictures that are separated by an octave and a low-frequency residual make up the Laplacian pyramid, a linear invertible image representation. This method makes use of several Generator and Discriminator networks as well as various Laplacian Pyramid levels. The major reason this method is employed is that it results in photographs of extremely high quality. The image is initially downscaled at each pyramidal layer before being upscaled at each layer once again in a backward pass. At each of these layers, the image picks up noise from the Conditional GAN until it reaches its original size.

Why did GANs initially come into being?

Most common neural networks have been found to be easily tricked into classifying objects incorrectly by introducing just a tiny bit of noise into the initial data. Surprisingly, the model has greater confidence in the incorrect forecast after noise addition than it does in the accurate prediction. Due to the fact that most machine learning models only learn from a small amount of data—a major disadvantage that makes them vulnerable to over-fitting—this enemy exists. Additionally, the input to output mapping is nearly linear. Despite the fact that it may appear that the boundaries separating the different classes are linear, they are actually constructed of linearities, and even a little modification in a point in the higher dimensional space could result in incorrect data categorization.

Say our goal is to imitate something less complex than the Mona Lisa. We'll create handwritten numbers that resemble those in the MNIST dataset, which is derived from data collected in the actual world. When the discriminator is provided with an instance from the real MNIST data set, its objective is to identify those that are genuine.

The following are the actions a GAN takes:

A GAN can be compared to the cat-and-mouse game between a cop and a counterfeiter, in which the counterfeiter learns to pass fake currency and the cop learns to spot it. Both are dynamic; for example, the cop is learning as well (to continue the analogy, perhaps the central bank is flagging banknotes that snuck through), and each side continuously escalates their learning of one another's strategies.

The discriminator network used by MNIST is a common convolutional network that can classify the images supplied to it, acting as a binary classifier that labels images as authentic or fraudulent. In a sense, the generator is an inverted convolutional network: instead of down-sampling an image to create a probability as in a conventional convolutional classifier, the generator resample a vector of random noise to create an image. The second creates new data while the first discards data through down-sampling methods like max pooling.

In a zero-sum game, each net is attempting to maximize a different and opposing objective function, or loss function. Essentially, this is an actor-critic model. The generator and discriminator both modify their behavior as the discriminator does. Their losses conflict with one another.

Costs of the Generator and Discriminator

The cost of each participant determines how the algorithm will proceed. Using the Minimax game, where the generator value is equal to the discriminator cost minus one, is the simplest way to define the cost. What precisely is this cost that the generator would like to minimize and the discriminator to maximize? The relationship between the output of the discriminator and the real labels (real/fake) is essentially a regular cross-entropy function.

The primary issue with this Minimax game is that as the discriminator gets smarter, the gradient for the generator disappears. Instead of only reversing the value of the discriminator's cost, this can be fixed by flipping the order of the inputs in the cross entropy function.

The goal of the generator at this point would be to maximize the log likelihood that the discriminator is incorrect. Now that the equilibrium cannot be captured by a single value function, it is much more heuristic to justify this particular cost.

If you find this blog informative, then gain some more information here!