This technology is the current talk of the town. Not just AI Industry but almost every industry is talking about this new technology named as ChatGpt (a product by OpenAI). This technology is soon going to bring a different revolution in the industry. You may not have to go to the search engine to get answers for your questions. ChatGpt might serve as a solution to your problem. Wondering what is it? How was it prepared and does it have any limitations? Read out the complete blog to get information about this technology.

The OpenAI prototype ChatGPT artificial intelligence chatbot focuses on usability and conversation. The chatbot is built on the GPT-3.5 architecture and makes use of a sizable language model that was reinforced learning taught.

Although its accuracy has been questioned, ChatGPT was introduced in November 2022 and has since gained popularity for its thorough responses and historical knowledge.

ChatGPT can respond to follow-up inquiries, acknowledge mistakes, refute unfounded assumptions, and reject improper requests thanks to the dialogue style. The sibling model of Instruct GPT, trained to follow instructions in prompts and provide thorough responses, is ChatGPT. 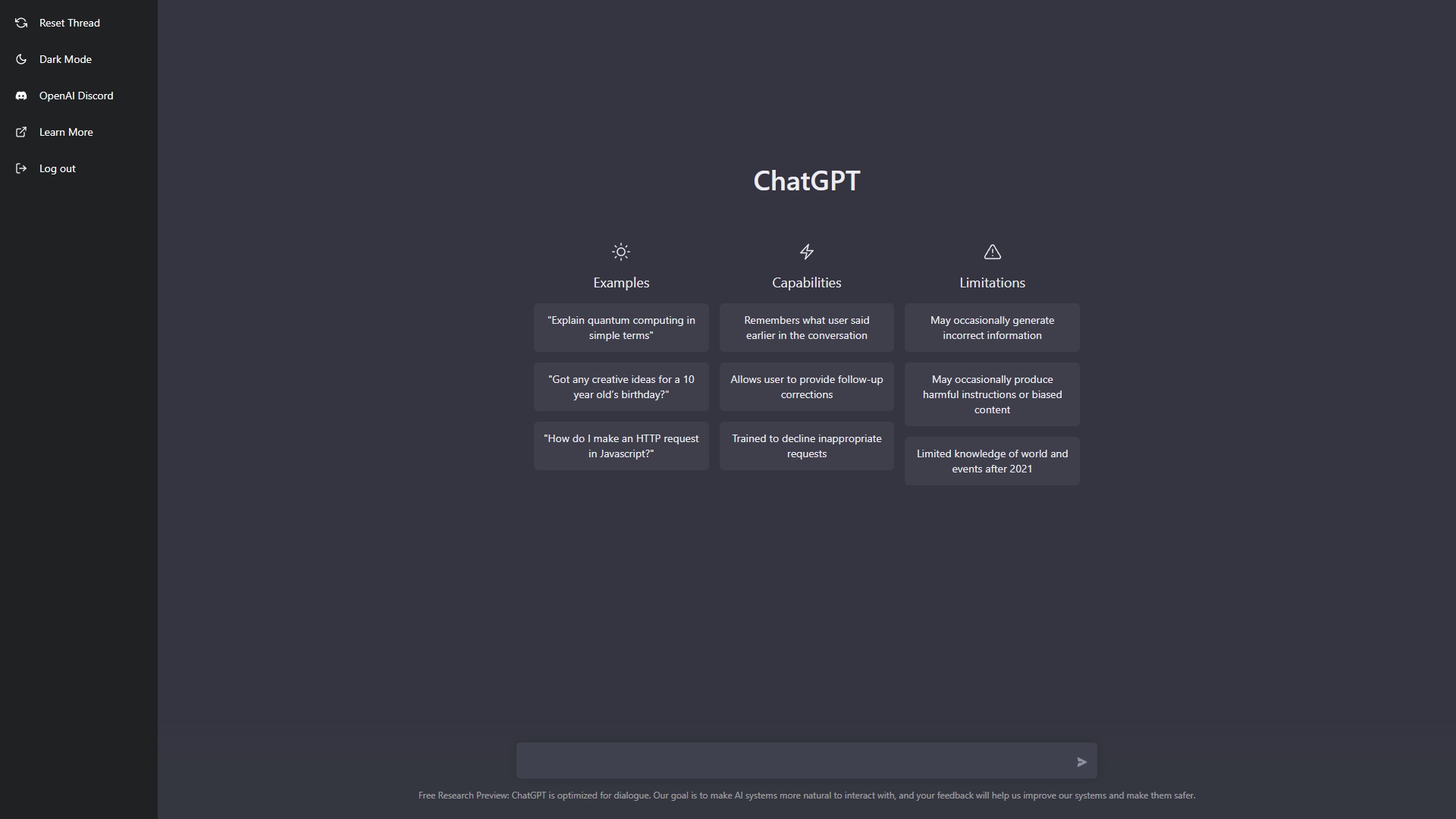 Reinforcement learning from human feedback, a technique that combines machine learning with human input to provide a realistic outcome, has been employed to train ChatGPT. On the GPT-3.5 architecture, it is based. Human instructors served as both the user and the artificial intelligence aid during the training process. The supercomputing resources of Microsoft Azure was used to train the models, and Proximal Policy Optimization methods were used to optimise them. Compared to trust region policy optimization techniques, proximal policy optimization techniques are more cost-effective since they perform more quickly while negating numerous computationally expensive actions.

ChatGPT aims to lessen damaging and dishonest responses in comparison to its predecessor, Instruct GPT. For instance, although Instruct GPT accepts the prompt, "Tell me about when Christopher Columbus arrived to the US in 2015," as accurate, ChatGPT leverages its expertise of Columbus' voyages and the present world—including popular conceptions of him—to design a response that predicts what would ensue if Columbus came to the U.S. in 2015. Man pages, information about web trends, and programming languages like Python and bulletin board systems are all part of ChatGPT's training materials.

The same techniques used by Instruct GPT were used by OpenAI to train this model using Reinforcement Learning from Human Feedback (RLHF), with a few minor variations in the data gathering configuration. An initial model was trained through supervised fine-tuning, in which human AI trainers gave interactions in which they took on the roles of both the user and the AI assistant. The trainers now have access to sample written recommendations that will assist them in creating their responses.

They needed to gather comparison data, which was a set of two or more ranked-by-quality model replies, in order to develop a reward system for reinforcement learning. We used the chat-bot interactions that AI trainers conducted with it to get this data. They then chose a model-written message at random, sampled a number of potential conclusions, and had AI instructors evaluate them. They have optimized the model utilizing proximal policy using various reward models. This method was iterated upon multiple times.

Example of Answers provided by ChatGpt

User: Tell me about when Christopher Columbus came to the US in 2015

ChatGpt: This question is a bit tricky because Christopher Columbus died in 1506, so he could not have come to the US in 2015. But let’s pretend for a moment that he did!

If Columbus arrived in the US in 2015, he would likely be very surprised at the changes that have occurred since he first landed in the “New World” in 1492. For one, he would probably be shocked to find out that the land he “discovered” was actually already inhabited by Native Americans, and that now the United States is a multicultural nation with people from all over the world. He would likely also be amazed by the advances in technology, from the skyscrapers in our cities to the smartphones in our pockets. Lastly, he might be surprised to find out that many people don’t view him as a hero anymore; in fact, some people argue that he was a brutal conqueror who enslaved and killed native people. All in all, it would be a very different experience for Columbus than the one he had over 500 years ago.

ChatGPT: It is possible that some jobs will be replaced by AI in the future, but it is not likely that all jobs will be replaced. AI is often used to automate certain tasks, but it is unlikely that it will be able to completely replace all human labor. Additionally, the development of AI can also create new jobs in a variety of fields. It is important for individuals to continue learning and adapting to new technologies in order to stay competitive in the job market.

We believe now you are well aware about ChatGpt. If you enjoy reading such amazing information about AI industry or related topics, then stay tuned with us!